This is where you'll find my musings on Gratitude, Inspiration, Stillness and Awe…. "Transform your thoughts, transform your life"

The  following is the philosophy of Charles Schulz, the  creator of the ‘Peanuts’ comic strip.

You don’t have to actually answer the questions. Just ponder on them.
Just read the post straight through, and you’ll get the point. 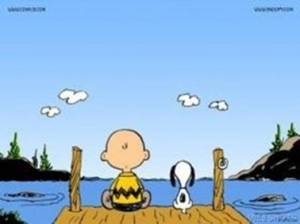 How did you do?
The point is, none of us remember the headliners of yesterday.
These are not second-rate achievers.
They are the best in their fields.
But the applause dies….
Awards tarnish….
Achievements are forgotten.
Accolades and certificates are buried with their owners.

Here’s another quiz. See how you do on this one:
1. List a few teachers who aided your journey through school.
2. Name three friends who have helped you through a difficult time.
3. Name five people who have taught you something worthwhile.
4. Think of a few people who have made you feel appreciated and special.
5. Think of five people you enjoy spending time with.

Easier?
The lesson:
The people who make a difference in your life are not the ones with
the most credentials, the most money, or the most awards.
They simply are the ones who care the most.

Pass this on to those people who have either made a difference
in your life, or whom you keep close in your heart.

‘Don’t worry about the world coming to an end today.
It’s already tomorrow in Australia!’

”Be Yourself. Everyone Else Is Taken!”

I have been thinking a lot about pain lately.  Some people and if we are all honest we have all dealt with some kind of pain that we tolerate whether it is a job that we are not quite content with or a relationship that we wish we could hold on to or there is Something that causes us tsuris.  We all stay in these unhealthy situations because we are actually getting something out of them…… they keep us safe. They don’t challenge us to move forward.  Maybe we don’t have to work on that which is causing us difficulty at our job or the relationship that we are in keeps us from being alone.  All of this is completely understandable yet…. we are still in pain. Now imagine a whole beautiful life, pain free!!  Only you can answer the question of what you are getting out of this situation that keeps you “safe”?  Because I wonder how safe are you really?  How is it serving you? And how much lighter will you feel without it?  Once you have answered these questions, understood them and are you able to move towards a healthier you, you are then moving toward the pain free life.

Also in terms of a job or even a relationship when we ask these questions we might find when we stand back we’ll see that our mortgage is getting paid and the kids are getting fed. While we see what we are getting out of a situation we also can see what is good around us and hence the pain seems least ubiquitous. Hence we move by choice and away from the discomfort of the pain so we are able to make conscious choices.

Sending you Love and Light on your journey towards self discovery